I’ve been hesitant to share a favorite place we’ve been escaping to for the past few months, mainly because like the South Coast, its open space, deep soul, and serenity may not remain so if non-kindred spirits discover these still-tranquil-trying-to-hang-on-to-what-little-is-left farming communities. Places that follow the slower rhythms of nature, and the seasons, where there is a synchronistic dance that happens between the land and the placeholders who nurture it as it does them. It’s a little village called Shelburne Falls, home to the famous Bridge of Flowers. On our last visit there, we witnessed an unexpected autumn wedding on the bridge, complete with violinist, and a couple of witnesses. We joined the tiny group of spectators gathered around. Magic happens in Shelburne Falls. And not just in Shelburne Falls, but in Turners Falls and Buckland, and other hill-towns in the foothills of the Berkshires. Mountains, hills, woods, and streams and rivers, those are the landscapes buried in my body that sing me alive when I visit.

What saves places like Shelburne Falls, besides those of us kindreds who land there, is its beastly winter weather, frigid and with epic snowfalls. That and its distance from the sea coast, since the majority of the population in the Eastern US lives along the seaboard. Fortunately for us, more folks love the sea and despise the snow. Let’s just not let slip about the spectacular springs, summers and autumns, shall we?

High points in Shelburne Falls for us:

Our delightful Airbnb hosts Marjorie and Peter, walking everywhere and cars stopping for us when we cross the streets, the Blue Rock Cafe and their welcoming staff (we’ve yet to be disappointed), the Sunday afternoon music jam in front of the coop, a morning latte from Mocha Maya’s and old-fashioned donuts from Foxtown Diner. Throughout the day we wander around the neighborhoods, and across the river, up and down, strolling through neighborhoods that are actually inhabited by local, year-round residents. And long about mid-afternoon, we make our way over to Floodwater Brewing for our midday porter, sometimes out on the back porch overlooking the river, sometimes sitting at the bar, chatting with Zack or a local musician, like Frankie. (Still hoping to fix him up with my friend, Diane.) Even our pooch, Bob acts like he belongs in Shelburne Falls. But he’s not telling anyone. 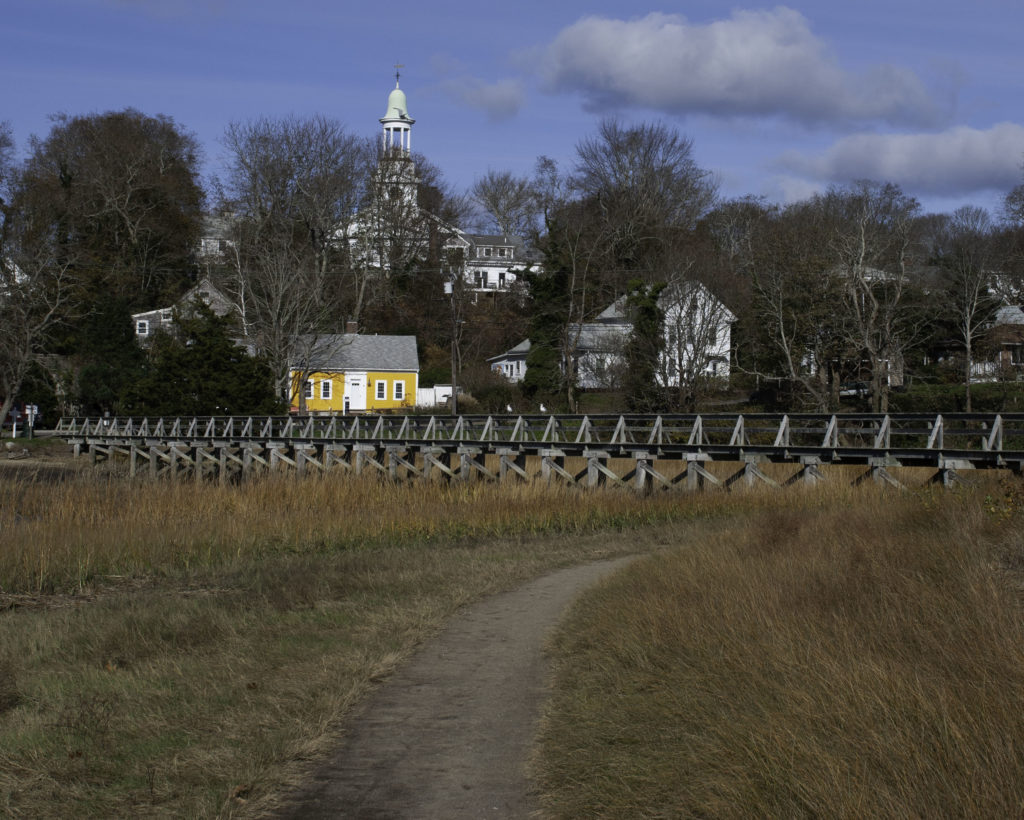 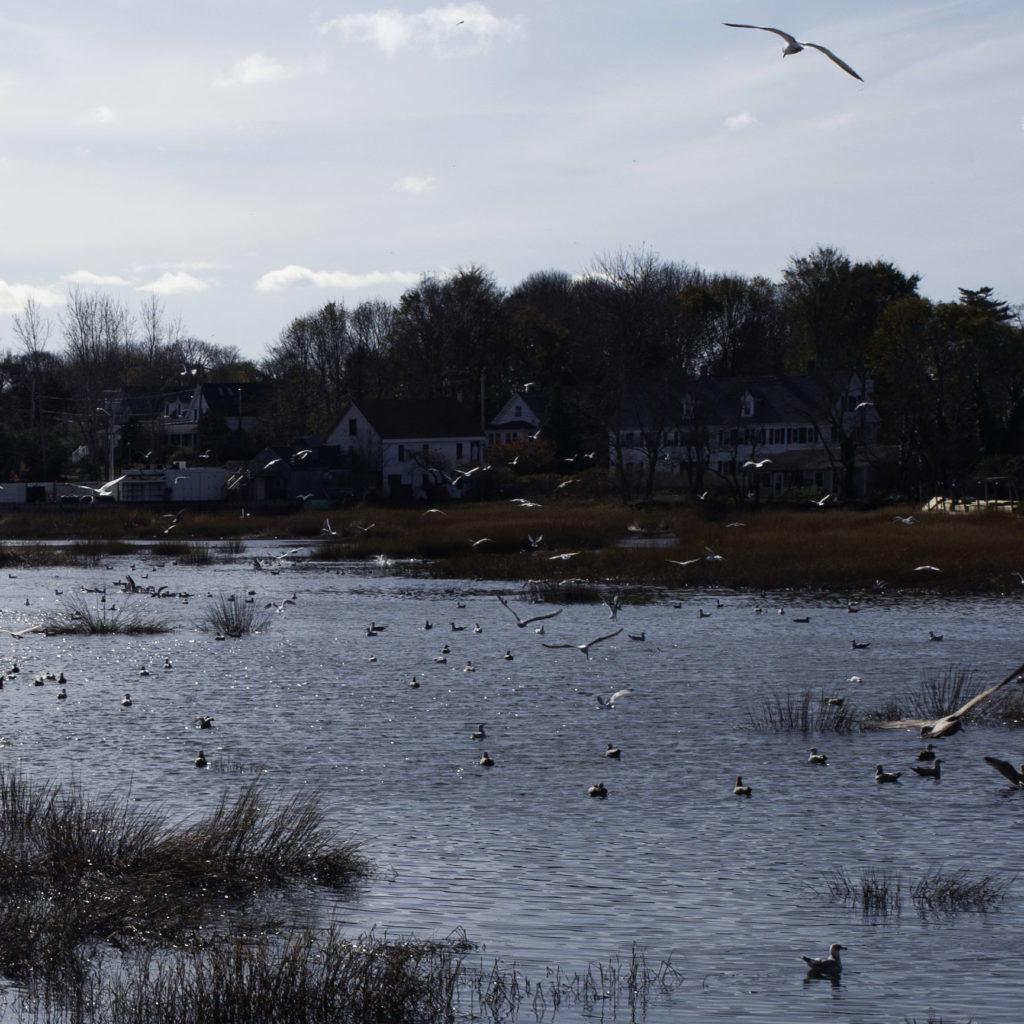