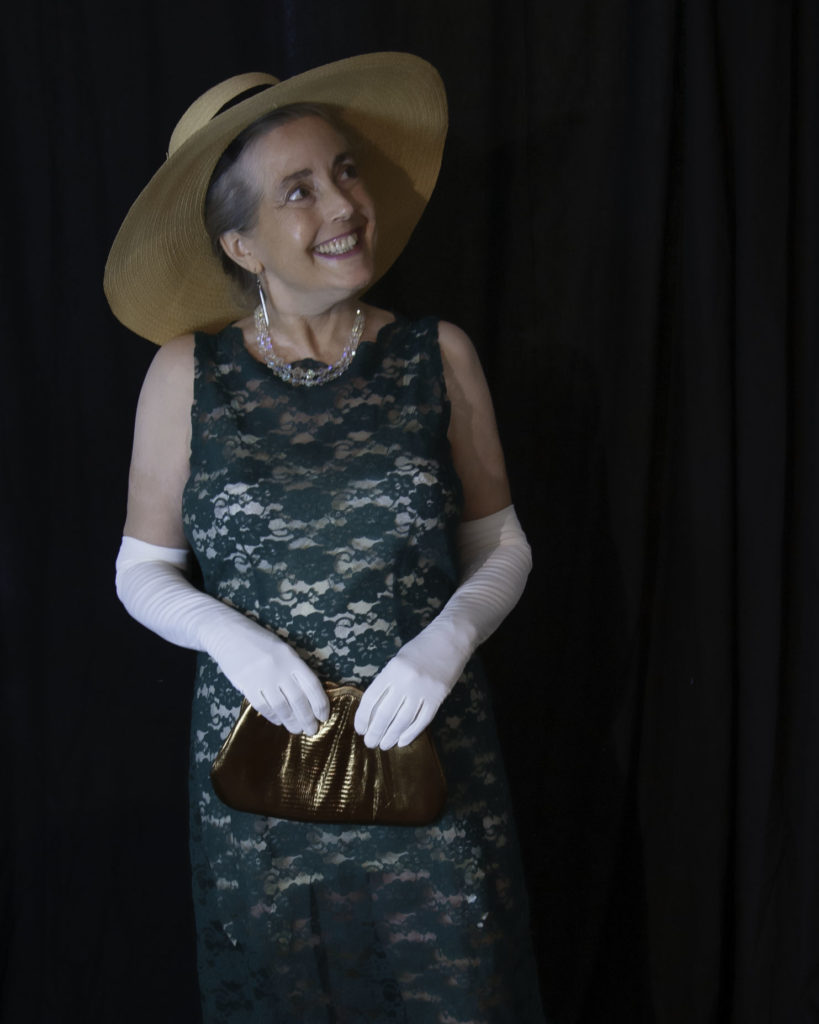 I aspire to live in a land of magic and wonder, and occasionally I realize that I already do. It’s just sometimes I forget. One of the reasons I love vintage pieces is for the stories they hold, and I’ve always loved a good story. The excerpts below from Mary Ruehle’s book of poems, “Dunce,” speak to this. They are from the poem “Inglenook.”
“I live in the museum of everyday life,… Open daily, the doorknobs are covered with curated fingerprints and pass on the latest news.” 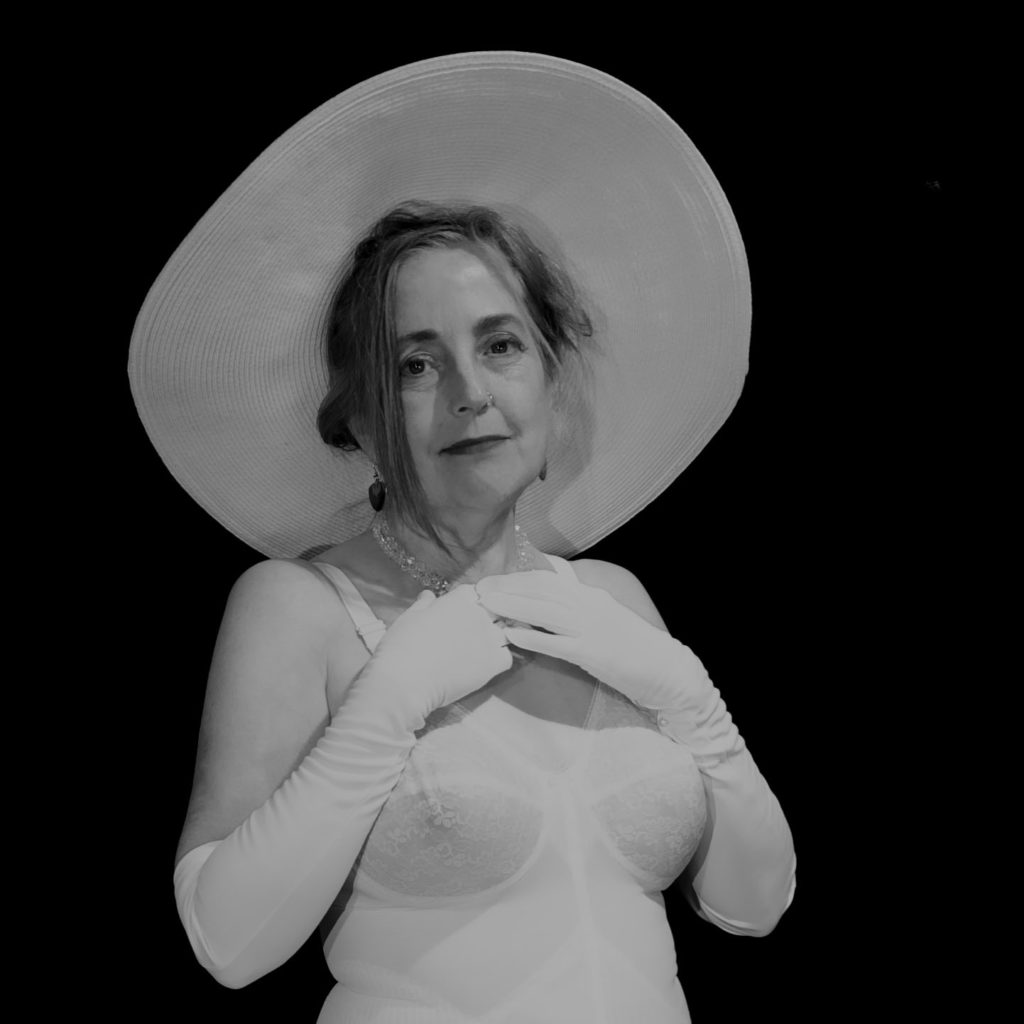 “The strange antlered language of phantoms” (quote from Mary Ruefle’s book of prose, “My Private Property”) and flickering shadows playing in the corners of your simple mind…the one that’s in tune with your body and what your body knows from centuries of carrying this knowledge in the DNA that flows from ancestors through their descendants. It’s the more powerful of our two minds, for it is pure instinct and sensual knowing before language steps in to confuse an eternal and universal consciousness. 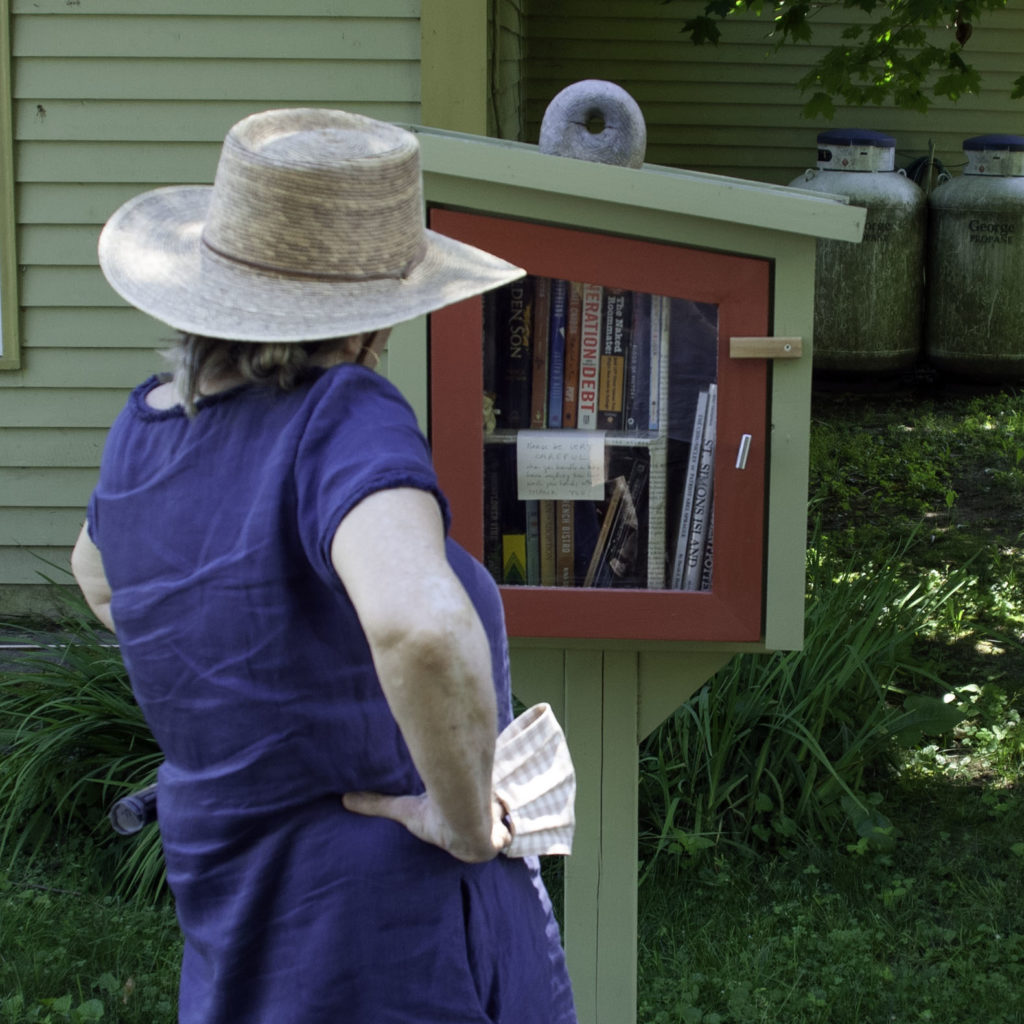 Books. They are as necessary as breathing to me. Actually, that’s a “slight“ exaggeration, but barely. At the beginning of the pandemic, when the libraries shut down, as the weeks dragged on and I watched my stack of library books dwindle, I tried to pace myself so I wouldn’t run out of them. It’s not that I couldn’t rustle through my own collection of books to find something to read if I really needed to, but I love libraries for the vast choices available — for free — and to suit every mood and interest. I have about twenty books out now, and should we end up with another shutdown, I am well prepared — with culinary histories, mysteries, poetry, and ecological essays and American Indian ethnobotany. Yep, something for every mood and whim.

What if we led poetic lives? To the best of each of our circumstances? If only it were that easy, but it’s not. So many choices we make with the hand we are dealt lead us down paths that make that poetic life a luxury rather than the core of our existence. And some of us are just dealt a lousy hand. I don’t regret many of my choices, only the ones that caused hurt to someone else. Besides, just for today I can choose the poetry. “Every day you play with the light of the universe.”
– Pablo Neruda

Whew! I’m just going to relish the feelings I have had all day — profound relief, a cautious optimism, and delirious happiness that at the very least, while he may not be who I wanted (Bernie always), I sure am happy to have Biden and Harris safely on board. Wise, experienced, compassionate, humble and intelligent leadership. The voices I heard speak today — from Biden to our brilliant poet laureate, Amanda Gorman — reflected many of my thoughts, acknowledging our weaknesses as a nation, but also recognizing our innate capacity for resilience, perseverance, and endurance. We are emerging from a dark time that has illuminated the worst of what we are as a nation for many of us. The white supremacist, racist, imperialist, better-than-you persona that lives deep in the bones and sinew of our collective American psyche, and how we move through a world we all share. The more I learn of the racism and supremacy inherent in the structure of our country, the foundations upon which it stands, the more I believe that until we eradicate that, we will again face another time of darkness like the past four years. And we may not be so lucky the next time. This is the gift of that second chance. I hope we don’t blow it. 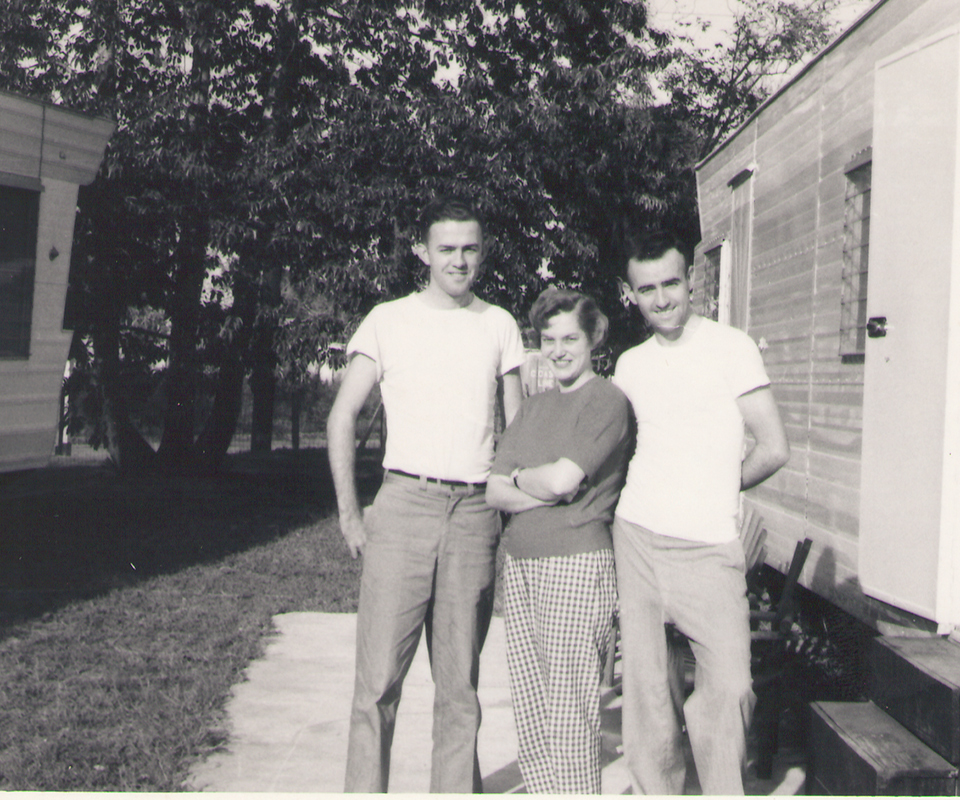 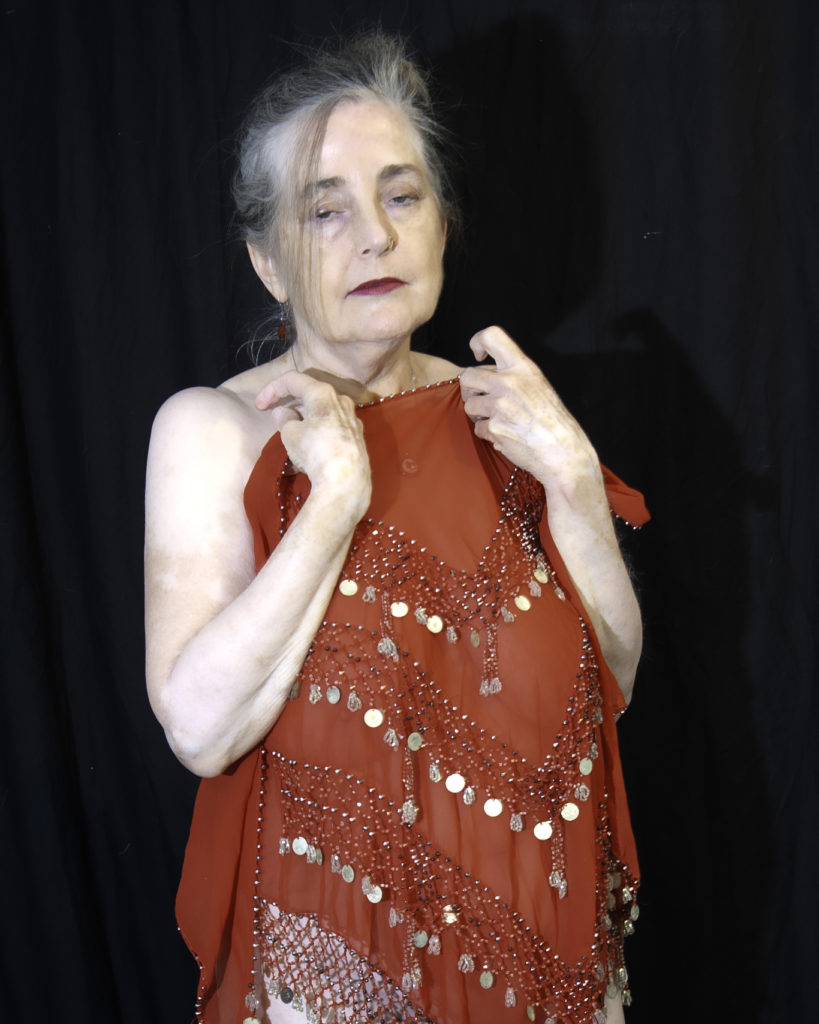 Woke up this morning with vertigo, and it has yet to subside. I did try one of the exercises recommended for it, but that only made me nauseous.
So … I’ve chosen to look at it as a reminder for me to slow down, take it easy, sit with Oonagh on the settee, mend my gauntlets, and make another pair. What??! Make another pair??! That’s taking it easy? Relax.
I use the sleeve tubes and the calf tubes from old sweaters and socks that I can easily felt in the wash, and these have been ready to go for years. All I needed to do was a couple of straight snips for thumbs and openings. When I want to reinforce the snipped edges, then I make a few simple blanket stitches with a contrasting yarn or heavy-duty thread.
I had made up a refrigerator cookie dough (recipe here) the other day, so I sliced and baked that, and I must say, dark rye flour is definitely becoming a favorite grain. I very carefully did a load of laundry, but skipped the shower I had hoped to take. Basically, I’ve had to live my day more mindfully and I’ll tell you, the more we can manage to do this for ourselves, well, for me, I find life more pleasurable when I do so. 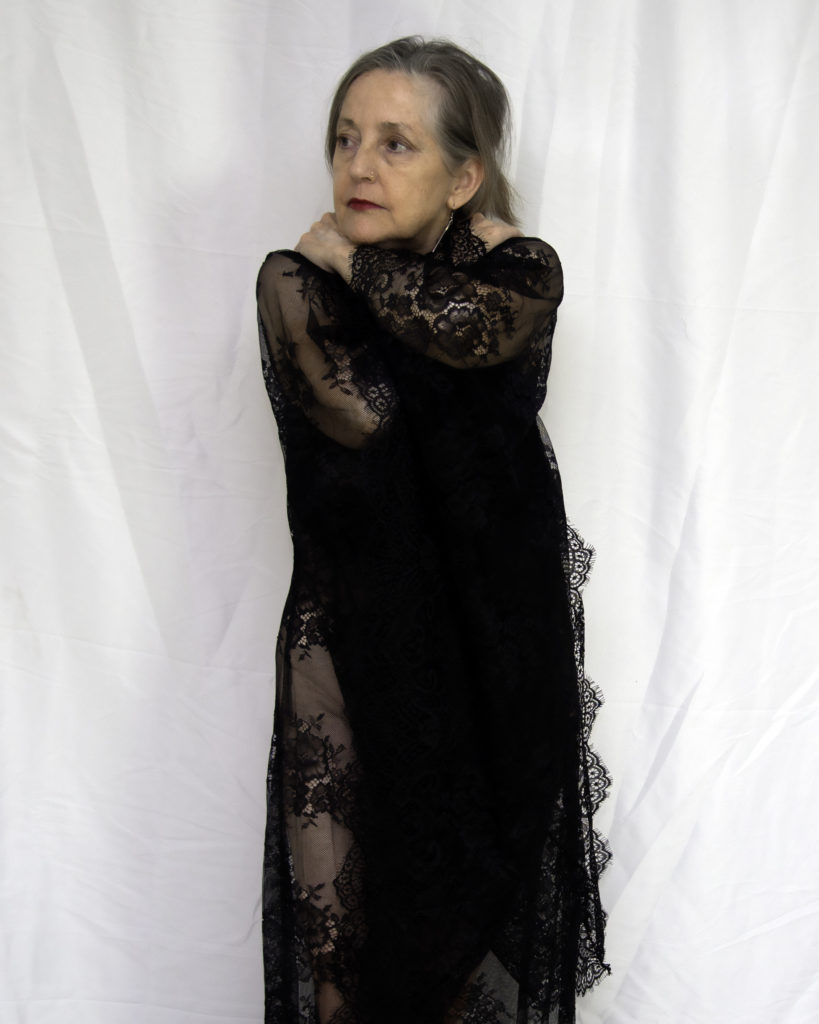 I have all kinds of ideas for posts running through my thoughts, but when it comes down to writing the words out, I sometimes draw a blank. Such is writer’s block, something I know well. One of the lessons I’ve learned as a writer is that, like everything else in our daily personal journeys, there is always an ebb and flow.
In the case of writer’s block (and just about everything else), once I surrender to that awareness, allow myself to experience whatever phase it is, and if the ebb tide, just stop to enjoy the pause, and if anything, move my hands and feet with stitch work, knitting, an Edward Gorey jigsaw puzzle, dancing, walking, etc. — before long I end up back in the flow I so desire to be in. I am finding this Wednesday to be a good day for that pause. Besides, pauses and the art of daydreaming are two skills it is always a good thing to practice.

“Says Kamina on what’s your word for 2021: “My word is DOG. Because:
1. Dogs only have four modes: sleep, play, eat, and jobs. (This is what I call the intense, self-important focus of a dog in work mode – whether digging a hole or helping a human cross the street.)
2. Whichever mode they are in, dogs are totally focused on that mode. Dogs don’t multitask.
3. Dogs are happy in all modes. Even jobs. Dogs love jobs.
I tend to be sulky, distracted and discontent and I want to try to be more dog in 2021”
From A Cup of Jo, posted 01.08.21

Needless to say, I find it’s the perfect word for me, too — for this year and perhaps for every year. So many ways of making art with your “OLW/one little word/word of the year/whatever you want to call it”or you can let someone else make it for you. Colleen Attara crafts custom words once a year for customers — and she uses recycled plastic whenever she can to do so. She scripts and cuts your special word for you, and they are simple, but elegant. I’ve toyed with the idea of ordering one myself but have never quite gotten that far (is “gotten” even a word? Well, no matter, it is now😉). Haven’t been able to commit to just one word, but if I could, DOG would be the one I could get behind. 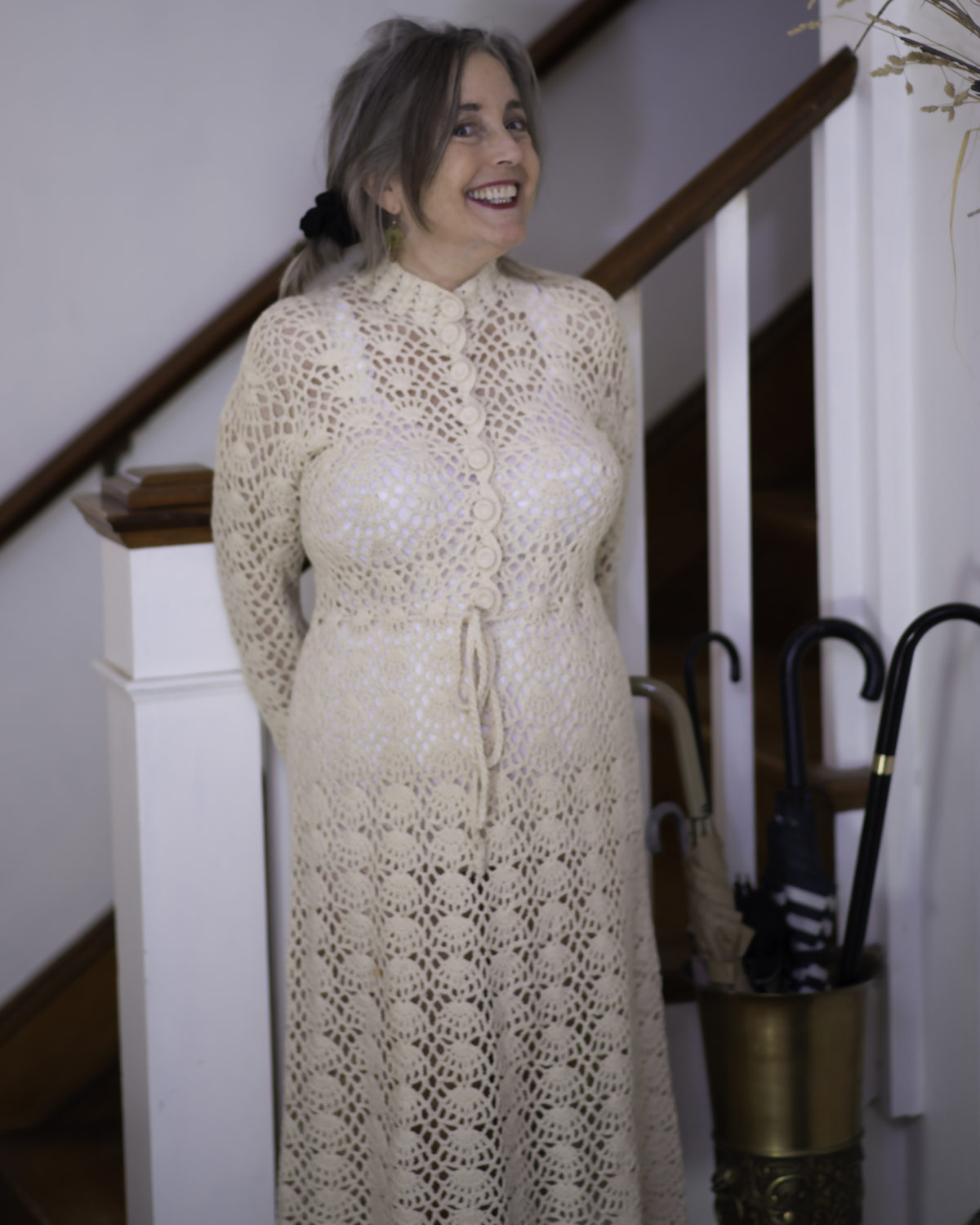 Every Friday for a few months now I’ve been making Fish sandwiches on Fridays. I’ve been calling it Fishwich Friday but because I love the way fish-a-ma-jig rolls off the tongue, I’ve decided that if it’s haddock I’m frying then it’s fish-a-ma-jig Friday. When I use pollock? That’s fishwich Friday.

There used to be a Massachusetts ice cream and diner-type restaurant chain called Friendly’s that was a local favorite in downtown Hyannis. It was one of those places with the best marshmallow topping-hot-fudge-sundae-with-mint-chip-ice cream-and-jimmies, fribbles, frappes, burgers, hot dogs, pancakes, scrambled eggs, and … fish-a-ma-jigs.

A grill cook worked behind the counter, with customers watching and gabbing and spinning on their barstools, waiting for their orders. It was a place where lots of kids began their first job, working the takeout window, counter, booth and kitchen service. The waitress uniform was the classic shirtwaist dress, apron and frilled crown of an atomic age parlor maid. Empty-nesters, older part-timers and old-school management rounded out the crew. Dare I say it? It was a Friendly place and its image in downtown Hyannis is embedded in the memory of my childhood. And that’s my story for today, because, yup, it’s fish-a-ma-jig Friday.

*Jimmies aka sprinkles
*Fribble aka milkshake, or is a milkshake also a frappe? Best to look it up. Even I get confused on these New England colloquialisms like fribbles and frappes. Now, as for awful-awfuls, well that’s a story for another day (like never😉).