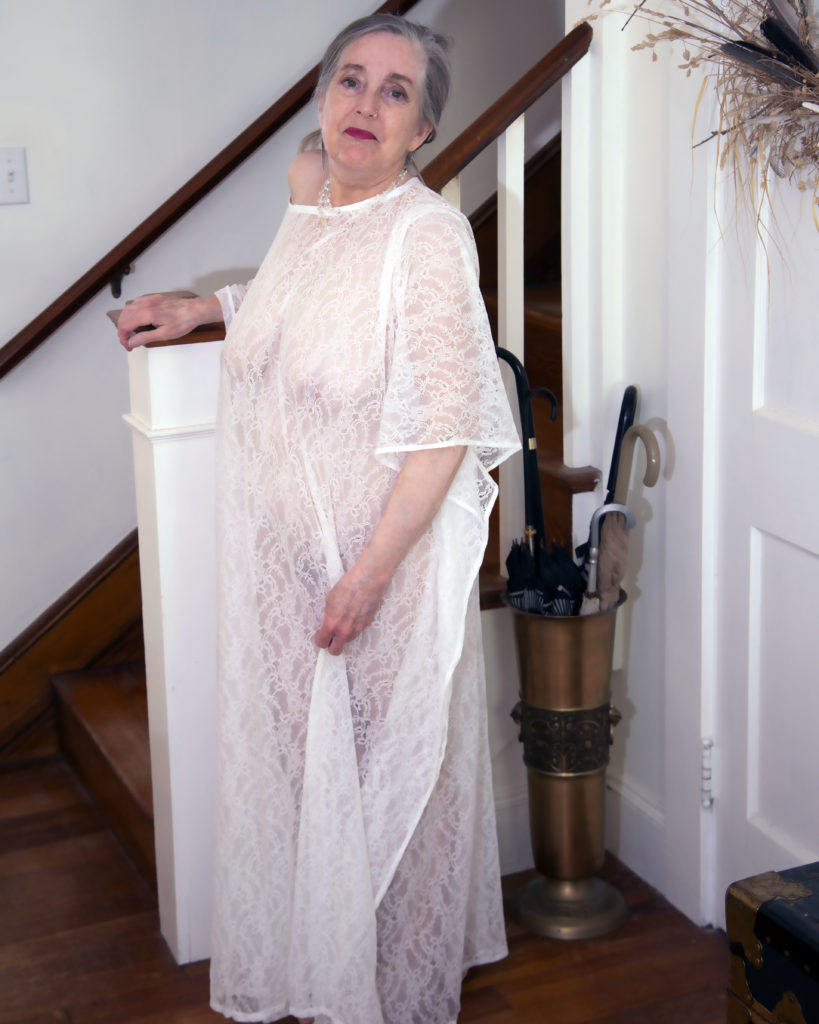 The last good winter storm we had was almost seven years ago to the day on January 27, 2015 — Snowmageddon. Today’s storm forecast is two feet of snow and 70 mile-an-hour winds, and so far it looks to be delivering on its promise. For now, we’ve battened down the hatches — more or less — but to be honest, I wouldn’t be disappointed to find myself in a flying house on my way to Oz. 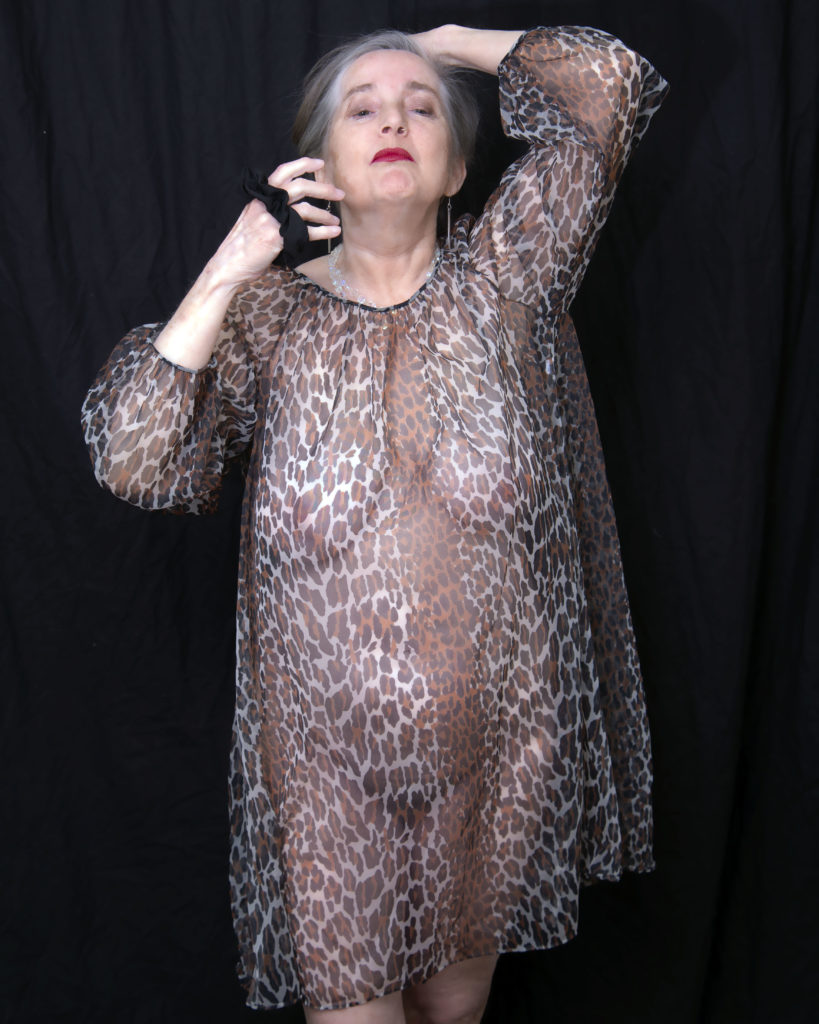 Do you ever close your eyes when you need to feel like you’re in a different place, and you actually manage to take yourself there? You KNOW you’re in that place because not only are you in your mind with it, but it is in your body with you. My friend Donald used to talk about astral projection and I’m beginning to think he was on to something. When you know a place so well, like you know a well-beloved, you quiet your mind, and go within, and I swear Donald’s astral projection can take you there. 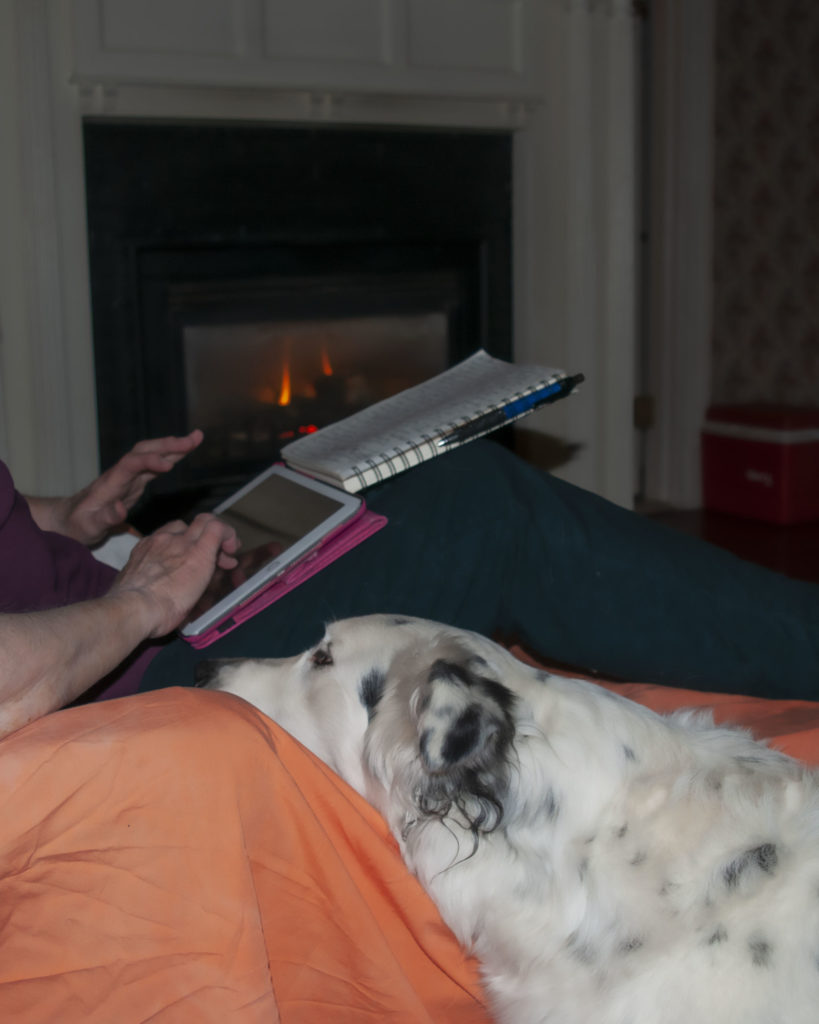 I may have shared this story here before, I lose track sometimes, I have many stories careening around in my memory bank. Today is my parent’s 65th anniversary. My mother’s spirit hangs out in another dimension now, but I still like to acknowledge the day with my dad. She was 18, he was 20, and they essentially eloped after knowing each other for six months. A JP married them on this day in East Greenwich, Rhode Island. When my Irish Catholic grandmother found out, she was outraged to find they were “living in sin.” My Protestant mother was mortified, my father at most somewhat sheepish, but most likely his usual laissez-faire self. My oldest uncle, Joe, an ex-seminarian drove my never-drove-in-her-life grandmother to St. Anne’s Parish in Quincy, Massachusetts to witness (most likely to make sure) my parents’ proper and sanctified, holy marriage, blessed by the parish priest. Apparently, this wedding was two weeks after the first, on Ground Hog Day, certainly an appropriate day for a Marriage Redo Redux. And that’s the story of my parents’ two marriages. I like to tease my dad about it sometimes, referring to his first and second marriages. Here’s a toast to my mum and my dad, two remarkable parents, who despite their youth always made my sisters and me feel cherished and safe. 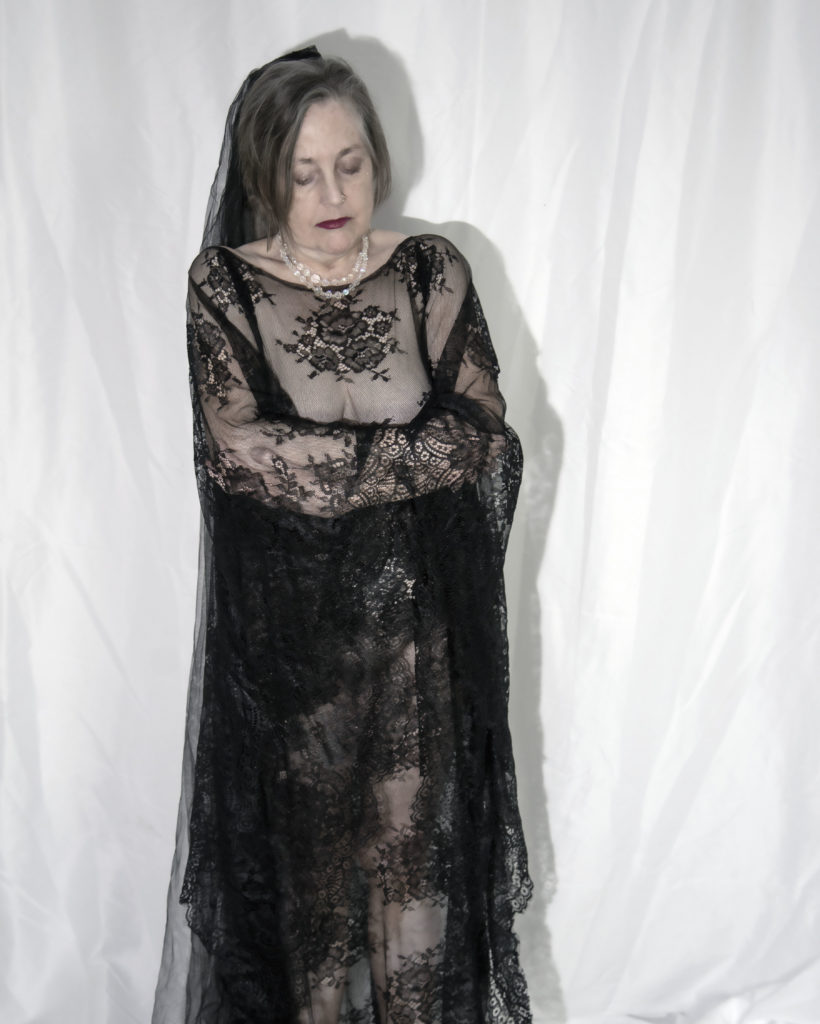 This time of year, when the light dims, I tend to also feel my inner light dim. It sometimes can come on without warning, I’m cruising along through the gray days feeling frisky and upbeat, and then out of the blue, the clouds descend. Now this is not some deep despair or despondency per se, but rather more of my baseline melancholia. So I have to really work at keeping my inner light glowing. I find little things help — lighting candles, sipping tea, sitting in a comfortable chair, listening to a comforting podcast, a good book, yes! Always a good book on hand, these things keep my spark from going out. And a daily walk is mandatory. I’m realizing I can also add my writing practice to that list as I’ve truly been enjoying it — both here, and in back and forth notes elsewhere. How about you? What little things do you do when you feel your light dimming? 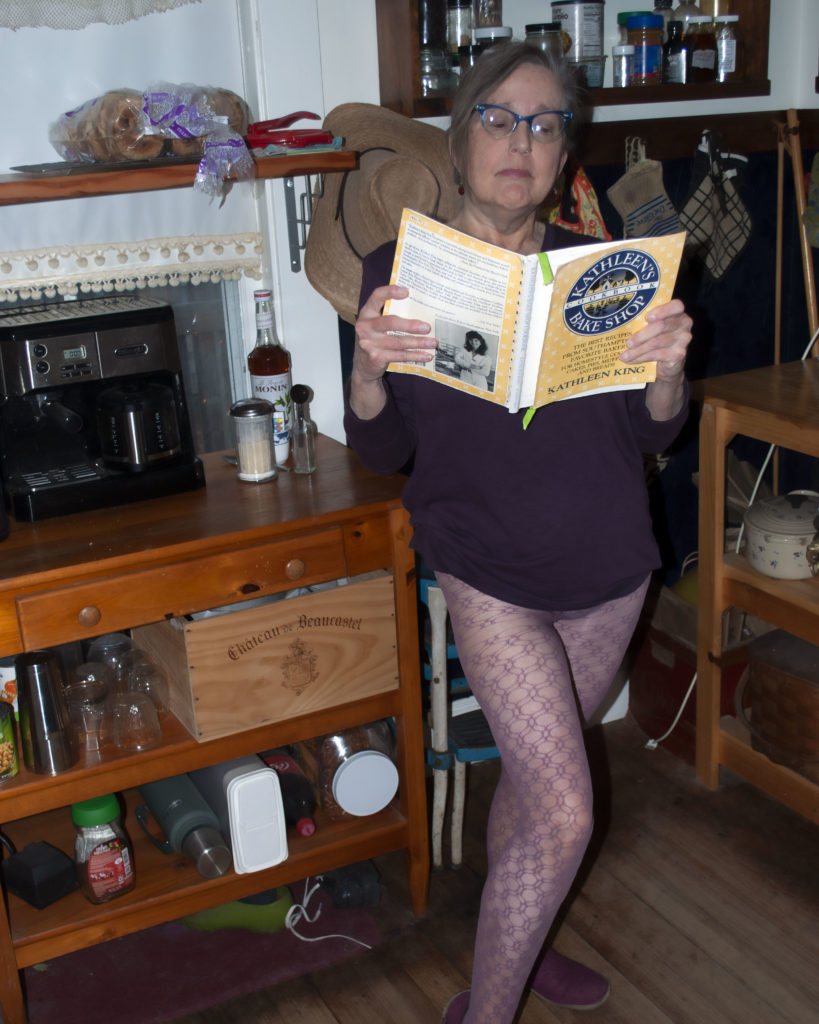 I’ve never been to Kathleen’s Bake Shop but I love baking from her book of the same name. It’s one of my most tattered cookbooks, especially the blueberry muffin page. I’m not sure the book is even in print anymore. It’s a book I bought amongst countless others when I did acquisitions for the local library after I moved from Vermont back to the Cape. There was no ordering from a monolith called Amazon, but rather Baker & Taylor or Ingram, the two biggest distributors we used. It’s funny how so recently as the late 90’s, with the advent of blogs, and Amazon only beginning to break into selling books, the world still felt, I dunno, up close and personal? I feel like it’s exploded in so many ways since then, and we’re all these little bits and pieces fragmented and blown apart, still trying to find our way back to together. Sometimes my thoughts get all stirred up, right along with that batch of blueberry muffins. 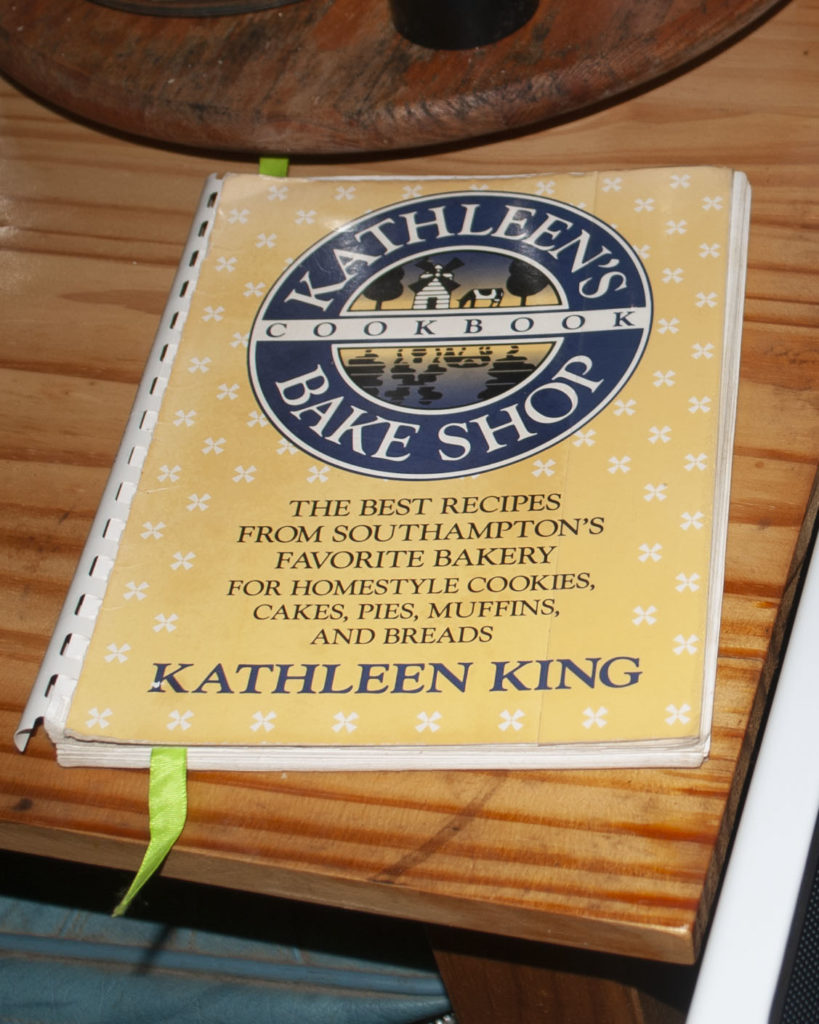 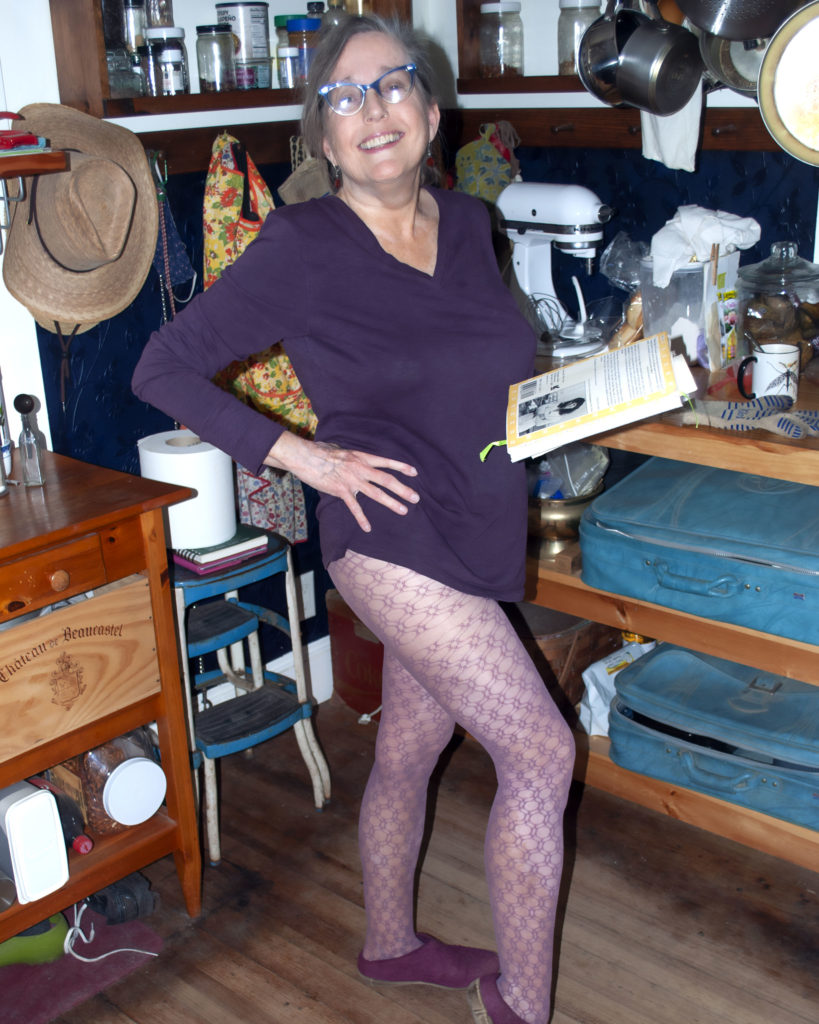 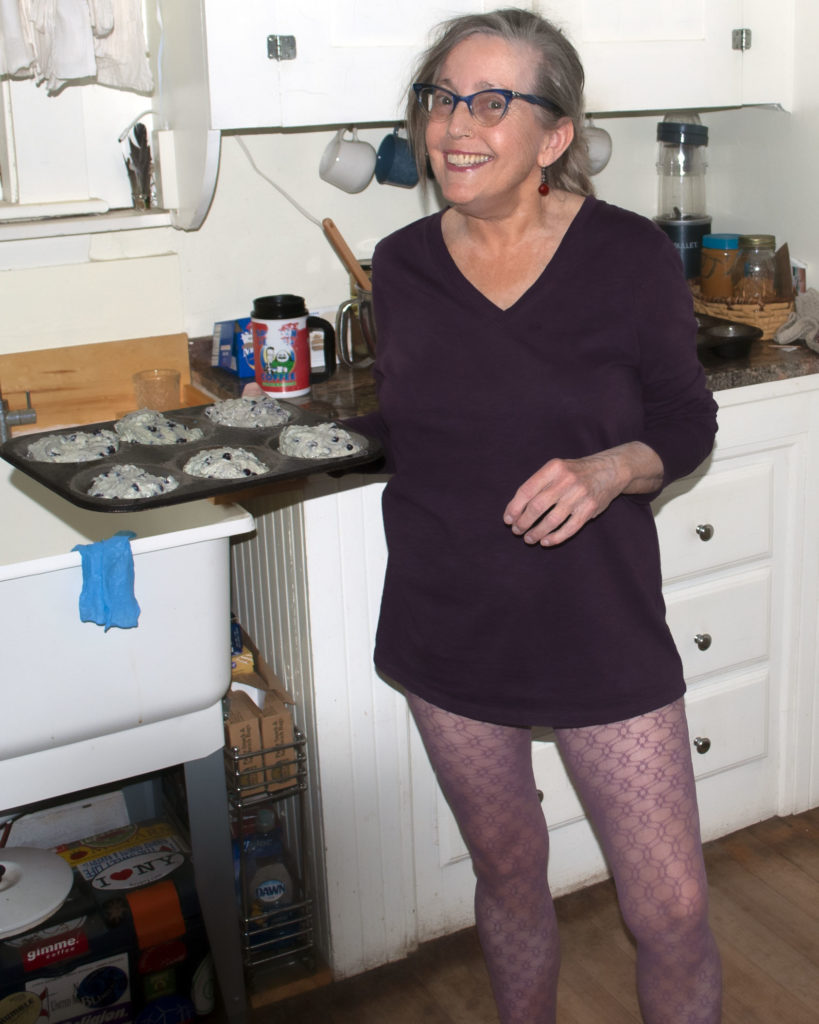 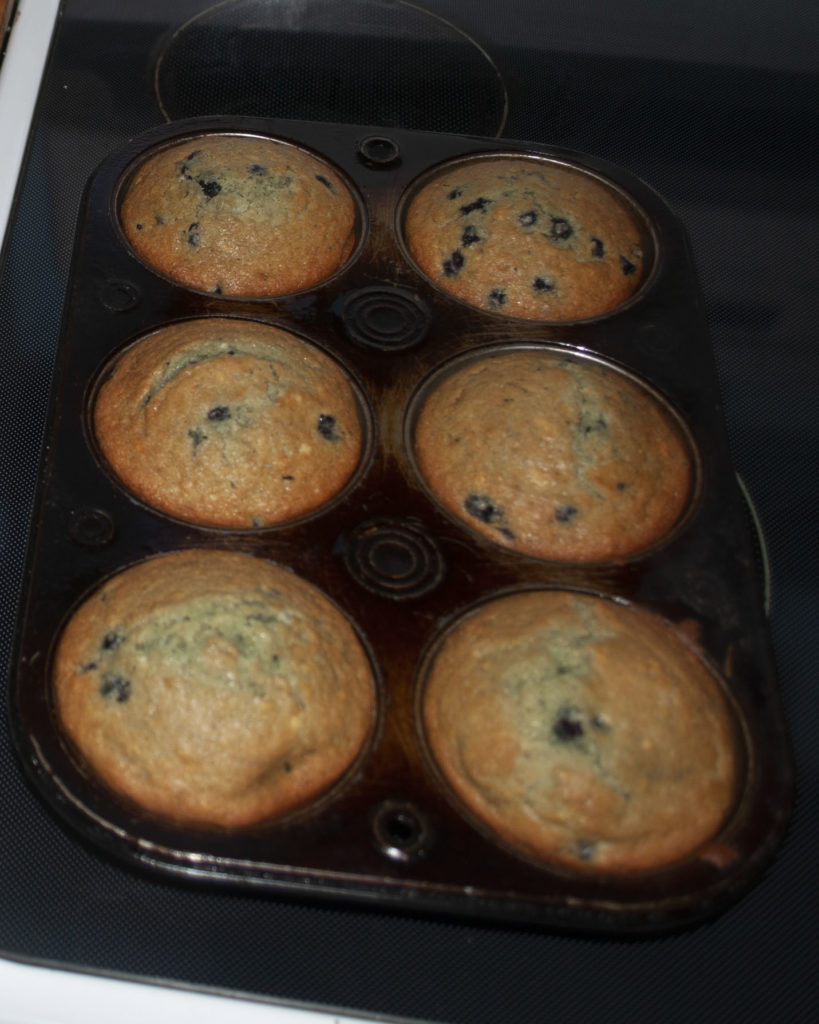 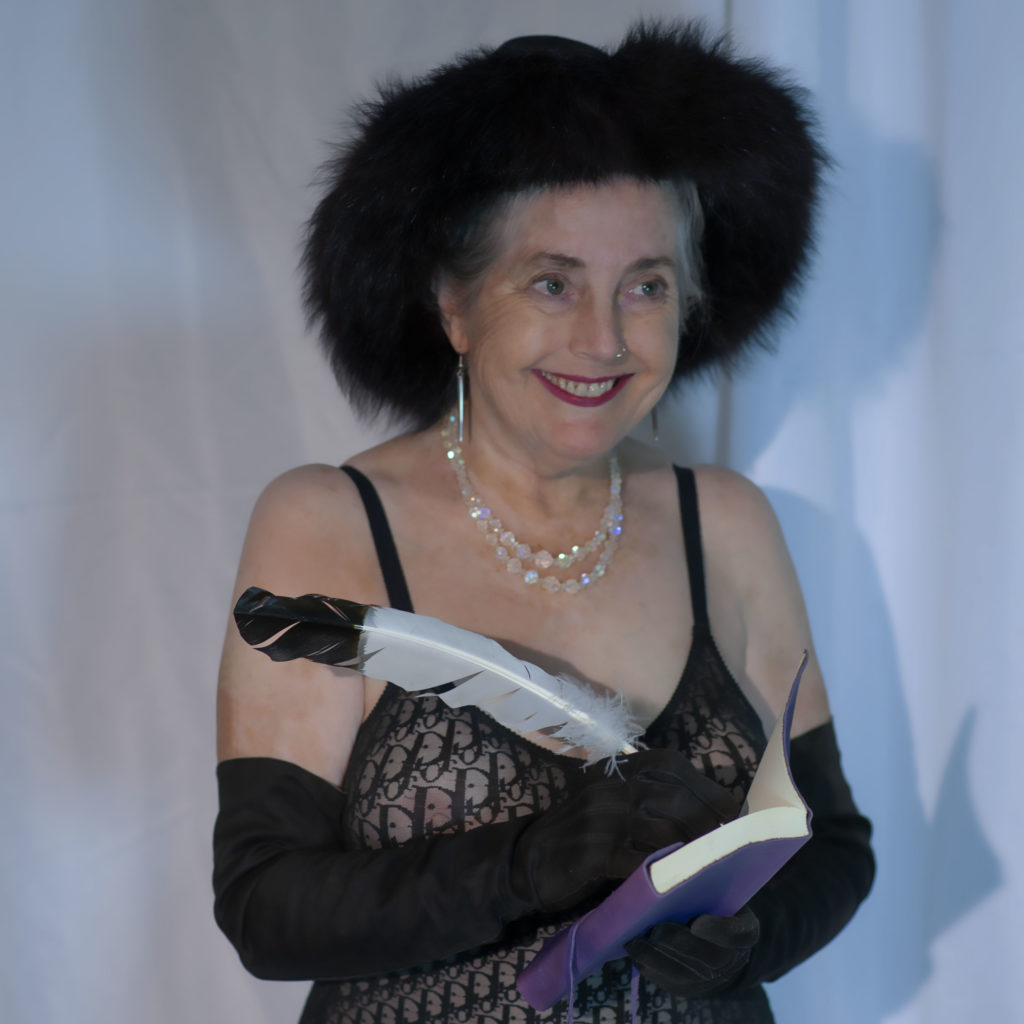 I never really thought of myself as a writer until recent years when I’ve received feedback on my writing. I always dreamed of being a writer, I’ve always been an avid reader, and while I’ve journaled for years, and still have my diary from my 11 year-old days in Ohio pretending to be a spy (before I’d even read about Harriet, afterwards I was quite pleased to know we shared something in common).
We lived in the country outside of Steubenville on a rural route in a farmhouse my sisters and I were convinced was haunted. It had an extra couple of secret rooms off my sister’s and my bedroom, and the cellar had pitch black rooms — most likely one for coal and another for food storage. There was a sunroom in the back where we used to eat breakfast on school mornings, and a great front porch rambling across the front. Out back a rolling hillside led down to the old orchard at the foot of the hill, and it made a fantastic sledding hill, complete with a little jump that would take your breath away as you sailed through the air. Legend had it the farmer who’d lived there died in his front yard.
On one side of us was Doug and Jim’s humble abode where they lived with their mother, her not-sure-what-number husband, their little sister, their two older stepsisters, and their stepfather.  On the other side of us towered a mammoth Gothic house, Todd and Warren’s grandmother’s and on the other side of that Todd and Warren’s home, where they lived next door to the best cemetery ever. Their grandmother’s house was noted to have been raided during the Civil War by Morgan’s Raiders, and their family either owned or managed the cemetery, I’m not sure which.
There were lots of old outbuildings — chicken coops and what not — and I used to imagine fixing one up and living in it — they were big enough for my girlhood dreams. We were surrounded by spirits past, present, and those yet to come, our little bodies not yet knowing the future memories they carried.
It was a bountiful world for ripening imaginations to inhabit, and as some of us were in full-on early adolescence or teetering on the brink of it, there was a bit of mystery, drama, romance and tension mixed in and swirling amongst our merry  “gang” of spies — that’s when we weren’t playing kickball, dodgeball, front porch pirates or some other delight. A barely pubescent adolescent has to have some way to release all that tension, right?
The point of my long-winded narrative here is that I had plenty to write about in letters to distant friends and family members, and I wrote lots of letters. To my grandmother, aunts and uncles, and a friend I’d made the year I was living on Cape Cod while my dad was in Vietnam. Long-distance calls could be quite expensive, and while we did make them, they were a rare treat.
So letters it was. As my father was away a lot — Bay of Pigs, Cuban Missile Crisis, Suez Canal, Vietnam and more — there were many postcards and letters to and from him, too. If I wanted to connect with faraway loved ones, I had to write and so I did. I suppose this is where my writing ultimately blossomed, back in the days of two mail and newspaper deliveries a day (sometimes!), and air mail stamps. Because, I mean, c’mon man!! Who wants to read a boring letter? 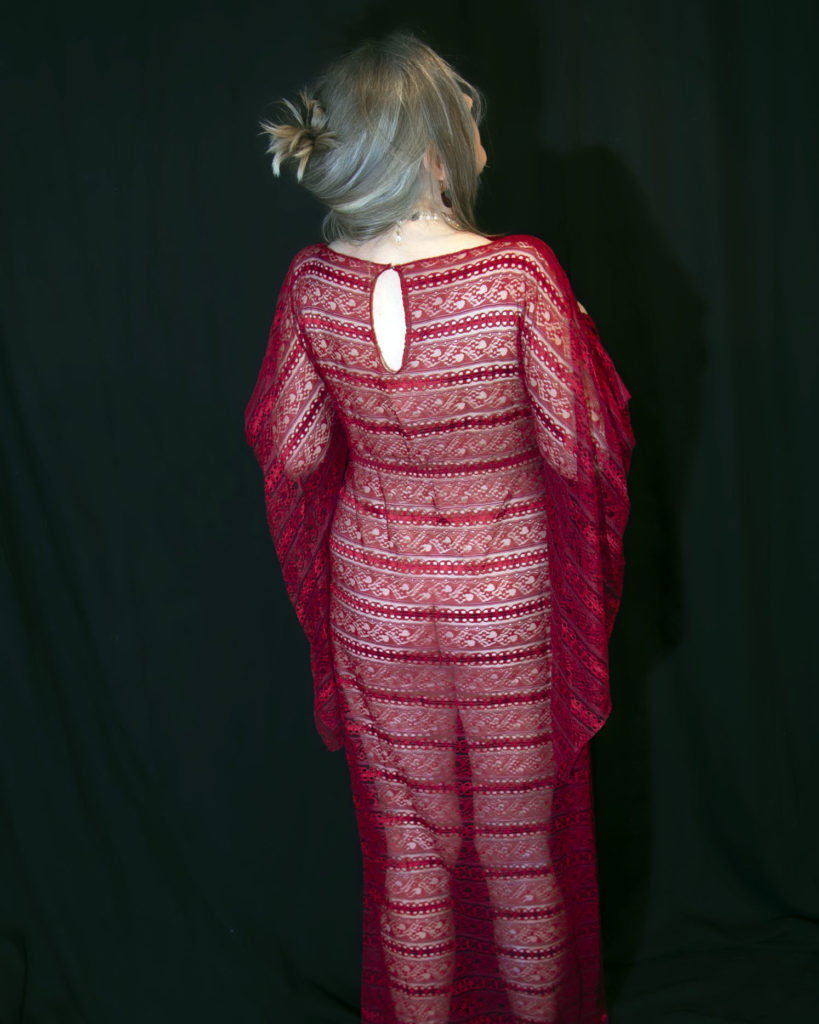 Anticipating an upcoming getaway is always a pleasure, and next week’s is no exception. Now that I’ve realized the benefits of DIY “cryotherapy,”  I’m looking forward to more outdoor shoots, in secluded places of course, and much as I love that fur coat for a cover, it’s still helpful to have a lookout when I’m beyond my own back yard. @thefoundfashion @maymayxox ? Either of you interested in some outdoor adventures? 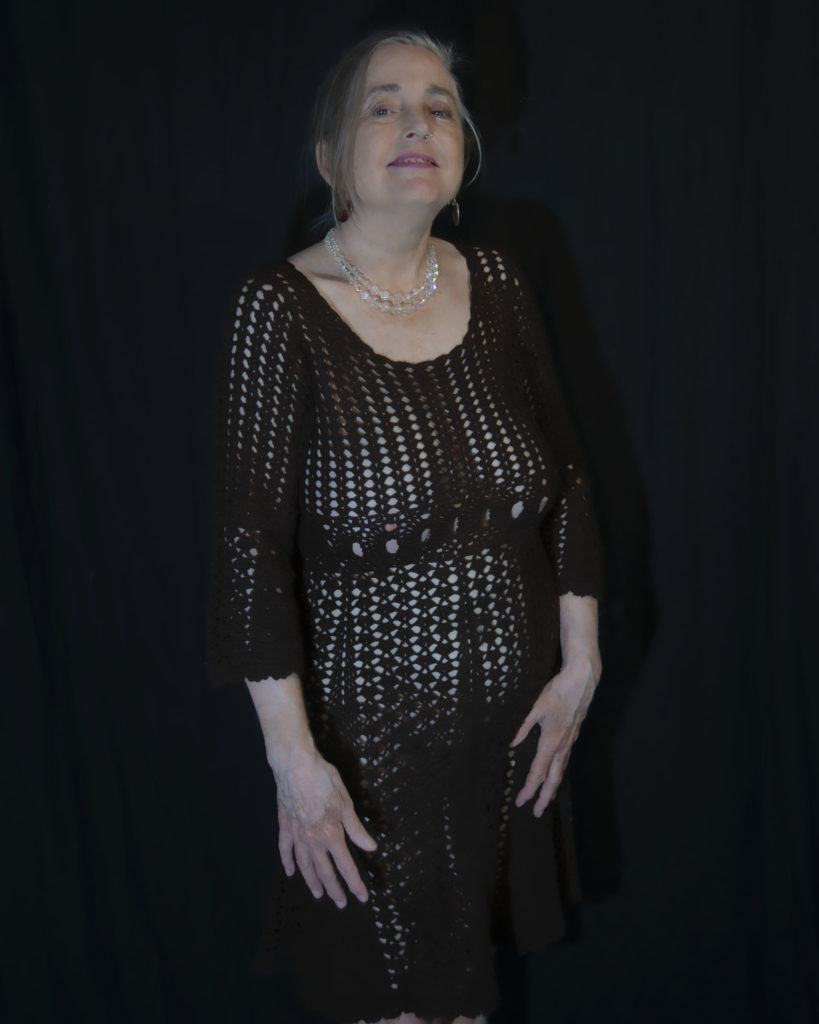 Off  for our monthly breakfast with Diddy-Bop, aka Dad, bright and early this morning. I never know what to expect with the windshield when he’s driving. Will it be covered in frost or dew with barely a sliver of glass cleared to see through as we charge eastward on 28 into the blinding glare of the morning sunrise?  We shall >not necessarily< see. 😳 Stay tuned. 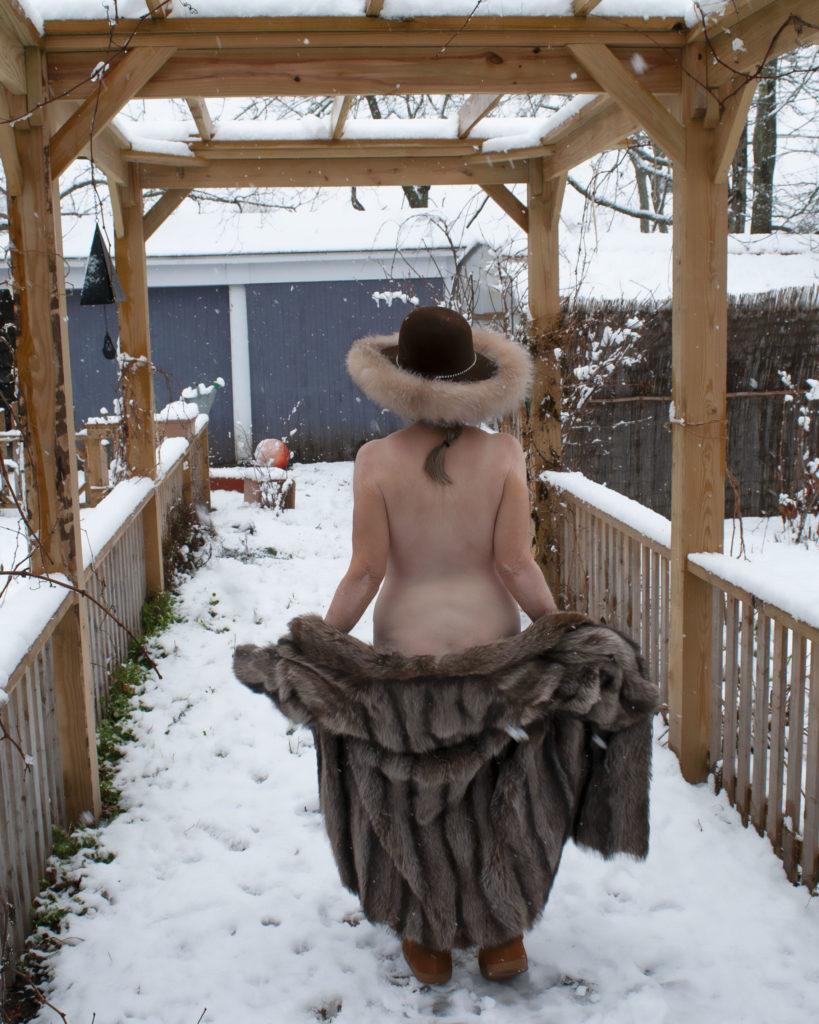 I don’t think it’ll ever matter how old I get, there is nothing better than a SNOW DAY!!! Schools are canceled and WORK was canceled for me! I was so jazzed, I was dancing and bopping around the house and could not wait to get out for a snow bath. Reminded me so much of my Full Moon baths once upon a time long ago when the house I lived in backed up onto an old graveyard. My landlady turned me on to Moondancing — dancing naked in a graveyard while bathing with Moonlight on a warm MidSummer eve. It’s surprisingly healing, truly liberating and the Spirits were wonderful company. 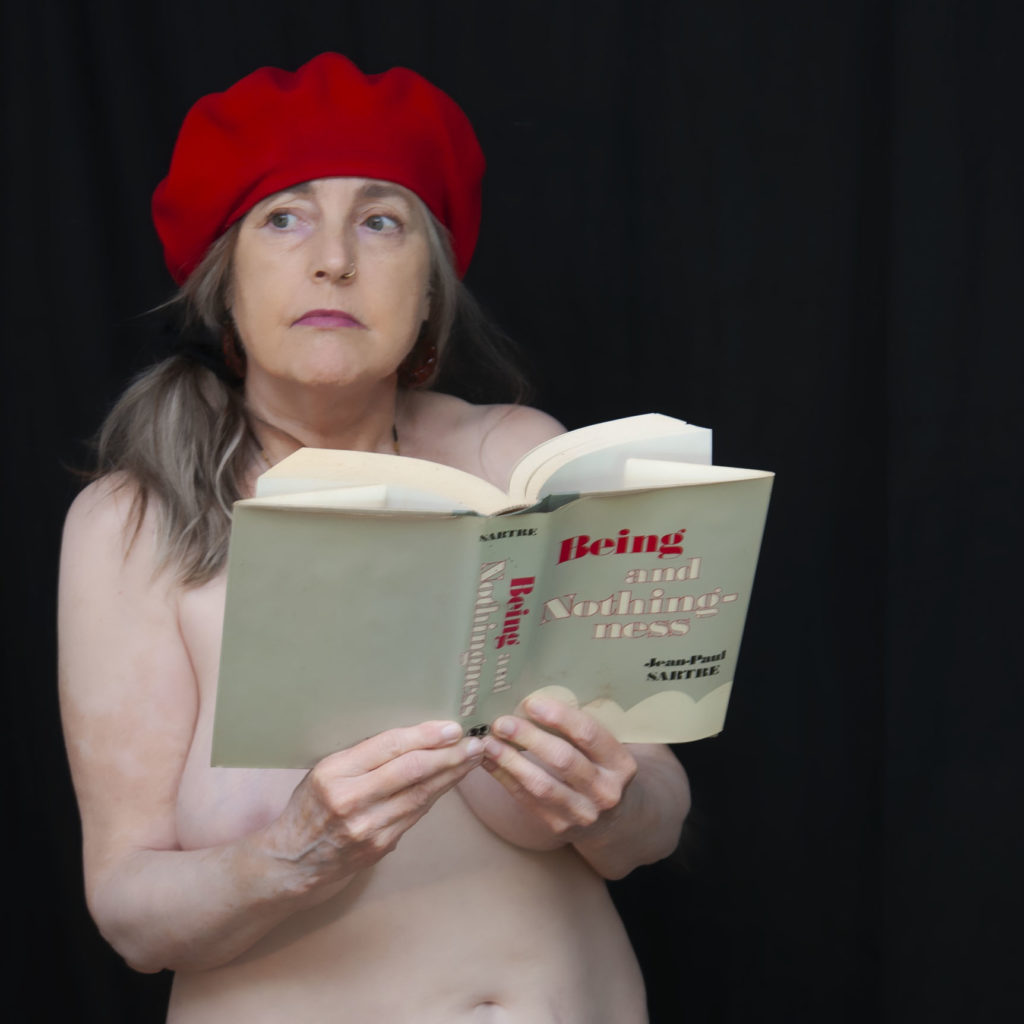 Does anyone else find as they get older they’re talking to themselves more so they don’t forget what they’re doing? Mostly by yourself but even sometimes WITH someone? Yeah? Thought maybe so.