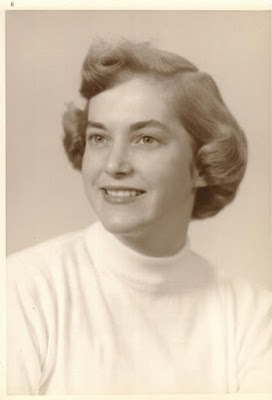 Grief is a howling hollow echoing in my belly.
Unlike depression which is just an empty hole.
It’s my mother telling me her stories of sorrows, loss and longing,
by the glow of her cigarette and the dim light of late night TV,
as she lies on the couch, me on the floor next to her,
because she’s too scared to sleep in her room alone.
While my dad’s in Vietnam,
I keep her company. 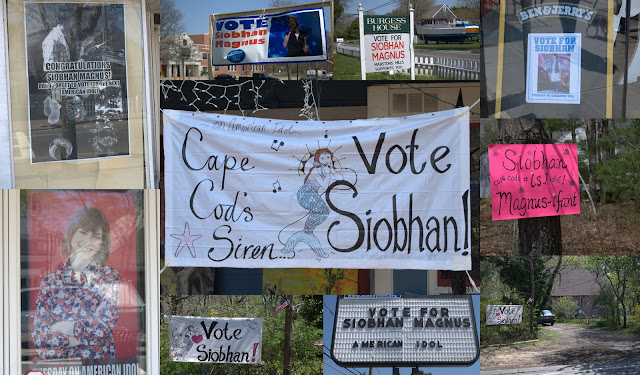 I keep putting off this post but every week that goes by I want to write something for Siobhan. I have never watched American Idol except in occasional blips when my daughter’s had it on telly.
When I have caught it, I find it to be a rather cruel show like many of these competition shows seem to be.

That being said, last week was glorious and sunny, and I decided to finally get out and take photos of all the banners around town supporting Siobhan. At the vet a few weeks ago, my son, John and Susan (our vet and his wife) were reminiscing about the high school days when Anthony would be jamming in the basement with Colin, Rory and Mike, while Siobhan ran around upstairs chasing Colin’s younger brother Miles. Molly came home from school one day in high school and said to me, “remember Anthony’s friend, Rory? you should hear his sister sing — she should be on American Idol.” And so here she is today, a big girl on American Idol. Marching to the beat of her own drum. Which is very hard to do in our culture with more “I don’t get you Simons” out there than “this is who I am Siobhans.”

Perhaps Simon would “get her” if he knew the context of this place called Cape Cod, where Siobhan is from. I left for almost twenty years, and when I came back I felt like Rip Van Winkle. Many of the players were older but they were the same players running the show. And when they weren’t the same, it didn’t matter — it was still the same act, just a different face and name. Sometimes, I feel like an outsider here among the SUV and hydrangea painting fans. But there is an underground offbeat culture that permeates the backside of this peninsula and that is where I feel most at home. I’ve found it through music, dance, nature, offbeat cafes and other venues of creativity. I seek the subculture out as best I can.

There’s a dusky mauve Cape in Marstons Mills with a big banner for Siobhan in the yard — possibly her house, as it looks like a house that has lots of kids and energy (she has about 5 siblings). It’s a burst of magic in the midst of the mediocre. Many years ago, when I first saw her dad at one of the boys’ concerts on the town green, I was thrilled to see a long-haired, tattooed sleeves guy (also a musician). The whole family is a quirky, talented and creative blend of renegade Cape Cod natives, something I’ve sorely missed. It’s good to still find it here. 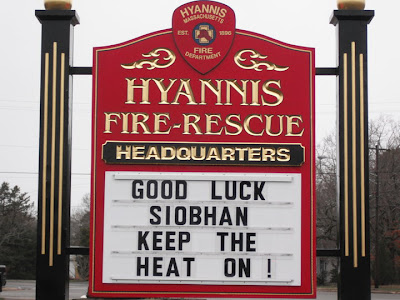 Uphill, downhill, do you shift up or down? I never really knew so asked Marty today (it probably wasn’t the first time and won’t be the last). Tried it like he told me and it worked (meaning the chain didn’t fall off as in times past). Kind of like life, aye? Sometimes you gotta ask when you don’t know and sometimes you gotta just try. Oh yeah, and ride.

love this perspective on our catholic upbringing — for the longest time it sounded cool to use the recovering catholic term but i’ve had some really insightful, wild and amazing “catholic” experiences as an adult in the past 10 or 12 years. 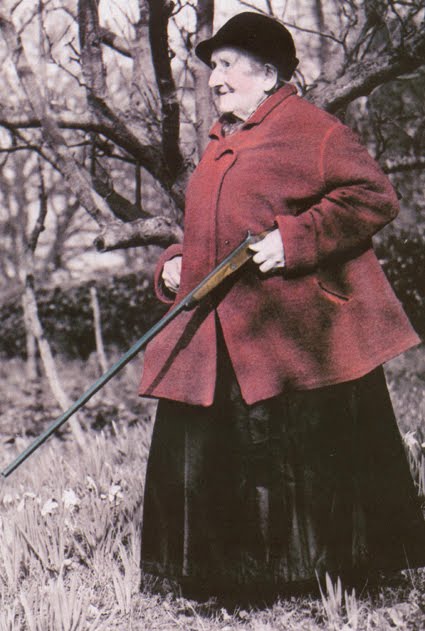 “I used to be Snow White but I drifted.”
~Mae West

I didn’t miss my kids’ childhoods. I don’t regret my choice to raise them myself and be available to them. But it’s got me pondering the definition of success. I did turn down a career offer when my son was three. Entry level position with this agency with opportunity for growth. My kid’s growth was just more interesting to me at the time.

I worked through my pregnancy with him and Jason (his dad) collected unemployment. When the unemployment ran out, J got a job driving the shuttle van for the hospital which he complained about constantly. That and a bit more got him fired. And I don’t think he could continue collecting unemployment.  I was offered a full-time job washing dishes at the time (only female of about 100 or so male applicants — unemployment was high during that part of the Reagan era), but I was nursing my baby and I really did not want to be away from him.

Since we had a child, we qualified for welfare so that was the route we took. Jason would grumble and carry on regularly because of the job contacts and whatever else he used to have to do to stay in the program. I considered another job when A. was a year old — retail — but still I just could not leave my boy. By the time he was two though, with Jason not really looking for work and me feeling we can’t live this way forever, I took a job in a dry cleaners pressing shirts. (I pressed some of the most famous shirts in the city of Burlington I might add). But every morning  at 6:55am when I walked around the corner to work, I used to hate leaving my little boy standing on a stool at the front door, looking out the window at me as we waved bye-bye until we could no longer see each other. There were pluses to the job — walking to work, finishing at 2pm every day, having my lunch break at home, weekends off, a decent wage, boss and co-workers. I stayed for 5 months before I accepted a position with the Girl Scout Council. That felt like more than a job. 8 to 4, Monday through Friday and no going home for lunch. It was a grind. I took the bus to work because we only had one car, Jason wouldn’t let me drive it, and he wanted to sleep in. So I would leave in the morning, with my boy crying in the window when I left, because this was a different kind of work that took me further away, and for longer. He and his dad would pick me up at 4pm though and it was always a joy to look out the picture window from my office and see them waiting in the Dart for me. Sometimes, they’d come in. Anthony impressed everyone, he was so sweet and so “articulate” for such a wee guy.  J. would tell me what they did that day, who they hung out with, sometimes they went fishing or just hanging.

I’d try to tell myself how progressive we were with the role reversal. Househusband (who left the housework for the wife). Stay-at-home dad who took his boy fishing sometimes and bought him “jolly” doughnuts from the Freihoffer’s outlet. (Anthony loved jelly doughnuts and he also loved Cheez-lits, as he used to call them).

J.  loved smoking weed, and don’t ask me why, I didn’t get an “allowance” for working, but J. did for “babysitting.” We always called it “the allowance” and it was a huge bone of contention with us. I tried to feel “modern” but career woman just wasn’t my thing. Neither was the allowance.

Some mornings I would feel so trapped going off to this daily grind, missing my son terribly, heart breaking every morning as he cried in the window. Sometimes, when it was just Joyce and me in the office before anyone else arrived I would cry. She was so good. She was 63 at the time and we both started working around the same time. She was going through a divorce so was back to work. She’d had two children, but her daughter died in a single car crash at the age of 19. As Joyce put it (and I’ve always loved this expression relating to loss), she “healed well.” She loved her pb & j sandwiches. Every day for lunch. And nature and Twin Hills, the girl scout camp she took the boys and me to once. She soothed my sorrow after I returned from a trip burying my best friend, she soothed my sadness over my marriage and leaving my son every day.

After about a year and a half of this, I’d finally told Jason I was sick of it, I wanted him to get a job, I wanted to be home with our son. I’d been after him to get into UVM, and sure enough he did; he got a printing job that he enjoyed — good pay, benefits and hours. And I could finally stay home with the boy. But I’d also been applying for jobs in case J. didn’t get one — jobs with more opportunity. So when J. accepted his UVM job, I’d also been offered the job with what was then called Resolution. It was basically an upstart PR agency and I knew what I was turning down when I turned it down. Because I was already successful. I got to stay home and grow with my child. 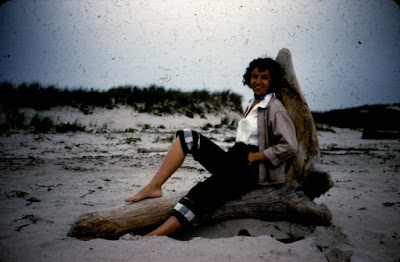 I love the last name — it’s Italian — Old North End Boston Italian  — and it reminds me of the Spanish word for hope. I like to think this photo is from her days in Bohemian Provincetown where she waitressed after graduating high school and before she went to Art School.  I miss her. I want her to know she is not forgotten. I think sometimes we want to be remembered beyond our family and friends. Remembered by the big wide world. But maybe family and friends are enough.

A favorite movie was Harold and Maude (seen it about three times), above info courtesy of Black Dog Finds. I’m on a quest. haven’t figured out what it is yet, but I do know I’m on a quest. 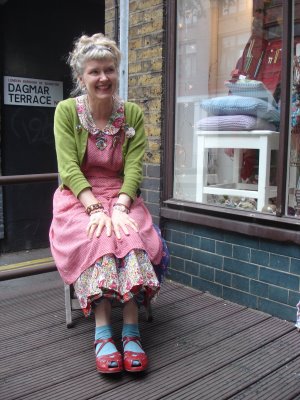 I’ve decided to make my blog private for awhile — haven’t been posting much and am deciding what sort of direction I want to go with it. I put the photo of Julie Arkell up just to make the post pretty 😉

She’s a favorite artist — last I heard still with no email and no website! Can you believe it?

Happy Happy Joy Joy! I’ve been following the blog Advanced Style recently and find it such an inspiration to my spirit.

Checking out Upper Case Magazine last week, I discovered a link to Advanced Style and am hooked. It’s about time!

Occasionally the Sartorialist has a cool older person who’s fashion sense inspires me, but Advanced Style focuses on just that! It’s the Sartorialist for those of us women (and men) of a certain age who enjoy expressing our creativity through fashion, or perhaps just because we want to.