What I learned in Vermont the other day – places aren’t necessarily my home. People are.

Yesterday was St. Stephen’s Day, also known as Boxing Day.  Have no idea why it’s one of my favorite days of the season. Perhaps it’s because I like to believe and practice that there really are 12 Days of Christmas beginning with the big day and leading up to the beautiful Feast of the Epiphany, or Little Christmas.

Molly and I drove up to Vermont yesterday to join old friends and family for hugs, visiting and good cheer. We’ve woken up to a gorgeous snowstorm, albeit we must take care in it.

Wonder, magic and love swirl around us amidst the twinkling, drifting flakes falling softly around us. 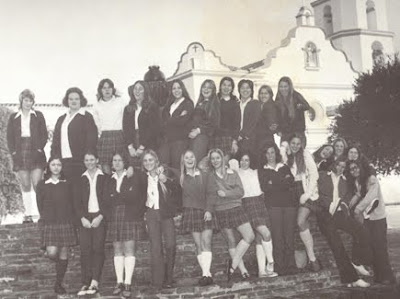 So…finally…down the rabbit hole that is Facebook. Where I’ve been lately. Other than doing a website for the retreat. Which is what led me to Facebook — reading that it’s a good marketing tool. Only I got sidetracked from the marketing. Because in the end what this whole retreat is about for me is process and connection. And I am connecting! I’ve avoided facebook forever even though I’ve had another account on it for awhile. It was just one more thing — in addition to a blog — that could possibly push me further away from my goal of real time connection. Ensnaring me with its wily ways, luring me to spend hours in front of a screen, after I’d worked so hard to wean myself from hours of daily blog reading.

In June 1974, my family and I stayed in a quonset hut on the edge of the Pacific, where we spent our last few days in California, before leaving Camp Pendleton to return to the east coast.
I was used to moving every two years as we were a military family, but as I grew older, it became harder.

I started feeling torn between two places when my father moved us to Cape Cod from Virginia. He was going to Vietnam (hard enough), and I was entering 4th grade. I missed Virginia terribly (all I’d ever really known was the south and military community). Until we moved to Ohio when my dad came back from the war. Then I missed the cape. We came “home” to our Cape Cod house on school vacations and summers. We moved back here after Ohio so my dad could finish college, and although I was glad to be back, I missed Ohio and the friends I’d made there.
Then my dad finished his degree and he received orders to go to California, something we were all very excited about. It was new and different to us. A place I’d dreamed about. But dreams and reality don’t always jive.

We moved there when I was going into high school and although it was a small, private all-girl’s high school where we were all new to each other, it was still not easy making new friends. I was a shy, sensitive and self-conscious fourteen-year-old. At an age, when breaking into new friendships is especially vulnerable. I missed my friends back “home” on the cape.

The summer between my freshman and sophomore years I went to a Junior Red Cross camp at UCSD that was a lot of fun and opened me up to California and its possibilities. My parents flew me home to Cape Cod for the rest of the summer while they stayed in California with my sisters.

Sophomore year at San Luis Rey Academy was easier as I reconnected and deepened connections made the year before. My first year in a new place was becoming my transitional year, so by the second year I became somewhat acclimated. And attached. Forming tender bonds that I knew could be broken by time and distance when I moved. Still, you do it. Knowing the risk. You make the connections. And form the attachments.

Then a June morning comes in 1974. You say good-bye to schoolmates who are finishing the year without you, and you look back out your car window to watch a shimmery, rosy dawn break over a receding Pacific horizon as you make your way east across desert and a vast continent. You think you’ll probably never see those people again, I mean how could you, the world’s a big place and how can we possibly keep touch through the years…when those things are going through your 15 year old mind on a foggy California morning, how could you possibly imagine almost 40 years later — that you’d see dawn break again over your California friends as you greet them on Facebook?